Women in the interim: thoughts on International Women’s Day, 2018 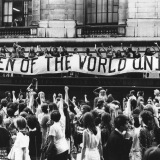 Yesterday was International Women’s Day. I didn’t say anything at the time, because I had no idea it was coming. I’m in the thick of the pre-tenure scramble, and a lot going on both at work and at home, and hadn’t prepared anything thoughtful or inspiring. I only knew something […]

Science for everyone: my #RallyforScience remarks 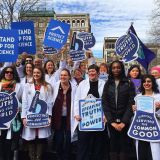 I gave these remarks at the Rally to Stand Up for Science today in Copley Square, to a crowd of several thousand scientists and science supporters. We had a wonderful, diverse group of speakers, which was so refreshing. I encourage others to post their remarks, because they were so wonderful. We […]

Live in fragments no longer.

It’s been one week since the election, and I’ve started this post a dozen times. I write something, erase it, rewrite. I brainstorm in the shower. I think about it when I walk the dog, on my way to work, standing in line at the grocery store, and when I […] 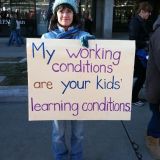 In a couple of weeks, California State University system faculty — over 26,000 of them — are preparing to strike for five days. This infographic does a nice job of explaining why; the short version is that CSU faculty are not being paid as much as their peers (alarmingly, most […]

Ten easy ways you can support diversity in academia 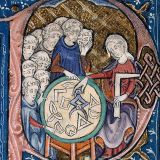 It’s resolution season, which means we’re spending more time than usual assessing ourselves, our efforts, and our goals. I’ve had a few people reach out to me lately asking me for suggestions on how to actively promote diversity in their departments, so I thought I’d share some strategies that are relatively easy. […] 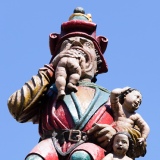 Spend enough time on the internet (especially Twitter) and you’re bound to come across trolls– people (usually men) who spend a large portion of their time seeking people out to harass (common favorites seem to include climate scientists, women, social justice advocates, evolutionary scientists, reproductive rights activists, but anyone can find themselves a […]

In defense of information by, of, and for the people 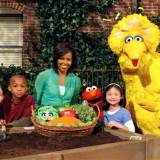 A Muslim teenager who made an electronic clock by hand was arrested this week under suspicion of terrorism. National Geographic was purchased by media mogul Rupert Murdoch. Public broadcasting television show Sesame Street partnered with premium cable channel HBO. And meanwhile, every week there’s another “I quit” story from someone leaving academia, citing […]

Doing science sitting down, and other thoughts about universal design

I’m writing this post one-handed. Last week, I cut my finger badly in the lab, and I’m wearing a splint to protect the tendon from further damage. This marks the second time in my academic career that I’ve had an injury that involved some form of modified work or accommodation (the first was a […]