Have you hugged your postdoc today?

Did you know that it’s National Postdoc Appreciation Week? Probably not, if I had to guess from the lack of mention on various social media, but it’s a real thing– in 2010, the House of Representatives even passed H. Res. 1545, officially recognizing the event. Postdocs, do you feel appreciated? […]

Can you help me get to ScienceOnline2012?

ScienceOnline2012 is the sixth annual meeting on science and the web, taking place in Raleigh, NC from January 19-21. It’s structured in an “un-conference” format of discussions and workshops, attended by science writers, editors, scientists, artists, and others who participate in, communicate, and discuss science on the internet. This will […]

Last night, I received an e-mail that there had been some irregularity in the voting of the blogging challenge, and so the voting script had to be rewritten. The good news is that the new voting mechanisms is more secure, you can now vote once per day, and voting has been […]

Why did I start blogging? 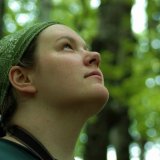 I’ve been selected as a finalist for the CollegeScholarships.org Blogging Scholarship! You show your support for The Contemplative Mammoth by voting for me here from now until November 23rd. (Update: due to ballot stuffing– not for my blog– all votes have been re-set to zero, and there’s a new ballot. […]

The 2011 Donors Choose Science Bloggers for Students Drive has ended, with over $50,000 raised by my fellow science bloggers to bring supplies to more than 25,000students across the country! Team Ocean & Geoscience placed fourth, which isn’t too bad considering there were only four of us  (seriously, no one can […]

Can you imagine studying cells without a microscope? Or not having goggles and aprons to practice safe science in the classroom? It’s no surprise in this economy that, faced with budget cuts, teachers have to pay more and more for basic classroom supplies or students go without. Cue Donors Choose, […]