Is pollen analysis dead? Paleoecology in the era of Big Data 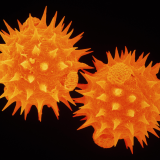 “The reports of my death are greatly exaggerated.” – Palynology A colleague of mine (also a paleoecologist) recently recounted a story where, when learning about his research, a senior scientist remarked, “I thought pollen was dead?” This is never something someone wants to hear about one’s primary methodology, particularly at […]

Pollen and the science of failed plant sex 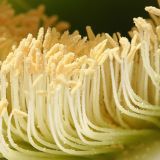 Plants have sex. While flowers, cones, and fruits– basically the vaginas and uteruses of the plant world– feature prominently in human cultures, much of the actual, er, act of plant sex is invisible to us. As northerners dig out from under record-breaking snowfalls and eye the ground for the first crocuses and […]