How fast can trees migrate?

“As I did stand my watch upon the hill, I looked toward Birnam, and anon methought the wood began to move.” – Messenger, Shakespeare’s Macbeth The simple story of the last 2.5 million years of vegetation response to climate change could be summed up like this: temperature goes up and down, plants […]

Fire in the American West: A long-term perspective

Today’s post is by guest-blogger Dr. Jenn Marlon, a biogeographer and  paleoecologist who studies the history of fire in the American West and across the globe. Dr. Marlon discusses the implications of fire suppression in the west, as explored in a recent paper in PNAS. Fire is fundamental to our […]

Earlier this week, scientists announced the successful propagation of a 32,000-year-old seed, discovered in a burrow made by an Siberian Arctic ground squirrel during the last ice age. The placental tissue of the Silene stenophylla seed was used to cultivate flowering, reproductively viable adults of narrow-leafed campion, which is still […]

The extinction of the ice-age megafauna is one of the most persistent (and contentious) problems in paleoecology. Since the 1960’s, the literature has been dominated by fierce debates about whether humans or climate change were responsible for the demise of the mammoths, mastodons, woolly rhinos, and other now-extinct megaherbivores and […] 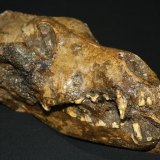 This is my first Paper of the Week post! One finding of the State of the Geoblogosphere paper that came out earlier this month (in addition to the fact that geobloggers being mostly white male academics, a topic for another day) is that geobloggers are seeking “rigorous analysis of scientific news […]