It’s Ada Lovelace Day, which is devoted to “sharing stories of women — whether engineers, scientists, technologists or mathematicians — who have inspired you to become who you are today.” I would definitely be remiss if I didn’t mention Dr. Evelyn Chrystalla Pielou, more often known as “E. C. Pielou,” […]

Fire in the American West: A long-term perspective

Today’s post is by guest-blogger Dr. Jenn Marlon, a biogeographer and  paleoecologist who studies the history of fire in the American West and across the globe. Dr. Marlon discusses the implications of fire suppression in the west, as explored in a recent paper in PNAS. Fire is fundamental to our […]

Earlier this week, scientists announced the successful propagation of a 32,000-year-old seed, discovered in a burrow made by an Siberian Arctic ground squirrel during the last ice age. The placental tissue of the Silene stenophylla seed was used to cultivate flowering, reproductively viable adults of narrow-leafed campion, which is still […]

A paper published, a story told: Understanding the impacts of the loss of ice-age herbivores 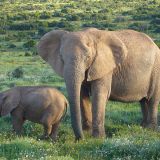 Paleoecological research involves equal parts detective work, mental time-travel, and story-telling. Clues from the past are collected and pieced together to map out what landscapes might have looked like, and how they may have changed through time. It’s not unlike walking through the set of a play after all the […] 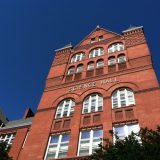 Before we get too much further into 2012, I’d better share my year-end review post. Last year was a bit crazy, between major life events and state and university shake-ups, but both I and my academic career survived! In 2011, I: Attended the 4th International Biogeography Society Meeting in Iraklion, […]

The extinction of the ice-age megafauna is one of the most persistent (and contentious) problems in paleoecology. Since the 1960’s, the literature has been dominated by fierce debates about whether humans or climate change were responsible for the demise of the mammoths, mastodons, woolly rhinos, and other now-extinct megaherbivores and […]